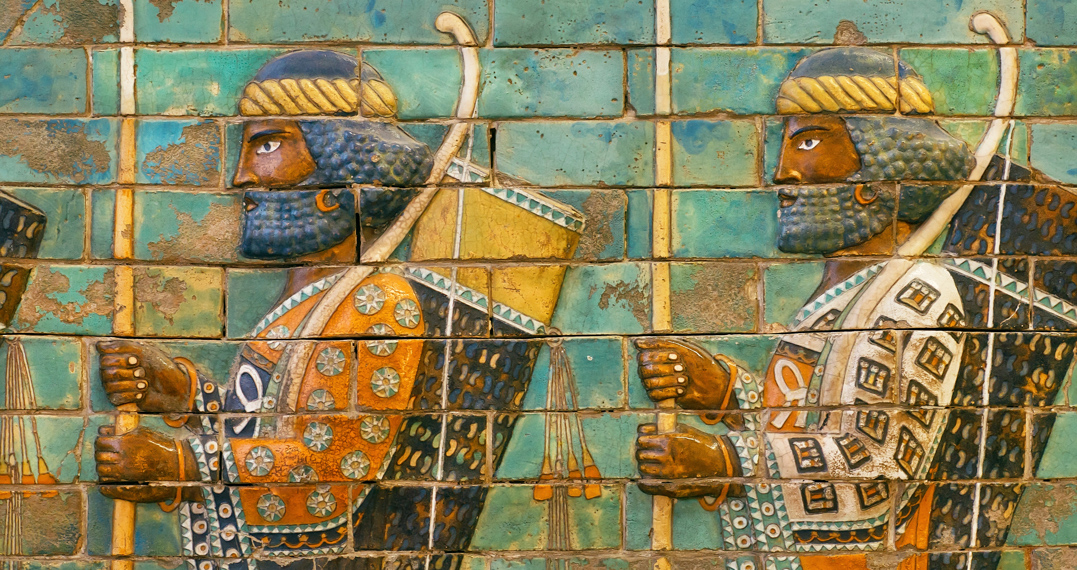 We create our gods in our own image. Then, we imitate their ways. What could possibly go wrong?

Gilgamesh has an epic problem.

It’s just dawned on the All-Sumerian Hero that being a demigod doesn’t qualify you for immortality, even if you weigh in at two-thirds divine. 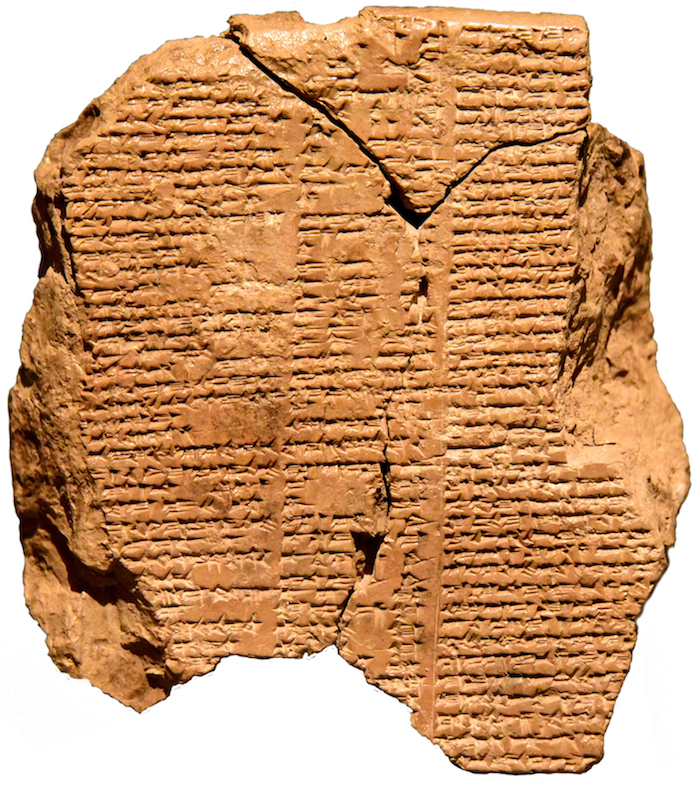 So the warrior king – male lead in the narrative poem that bears his name – begins to consider other ways to guarantee his place in history. A heroic exploit would do it. But which kind of exploit should he choose?

He settles on… some environmental vandalism.

The mighty act he has in mind involves felling an entire virgin cedar forest and dispatching its indigenous guardian – a spirit named Humbaba who strolls contentedly about his jungle1 accompanied by singing birds, cicadas and monkeys and sporting a phallus topped by the head of a snake. It’s all so, very nearly, Disney.

But this doesn’t impress Gilgamesh, who is mission-focused. He proclaims:
‘I will undertake (this task) and I will cut down the Cedar.
It is I who will establish fame for eternity!’
then promptly slays Humbaba, bagging his head. The forest is quickly cleared, the timber piled up for export – and Bob’s your ammum, as they say in Akkadian.

As it was in the beginning 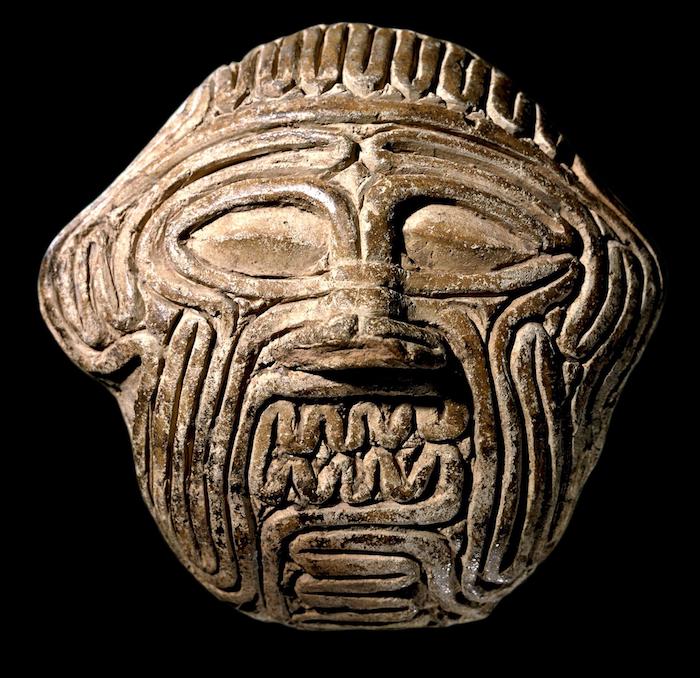 Clay mask of Humbaba, expressed as sheep intestines, 1800-1600 BCE
British Museum CCThe Greeks realised that looking at history can show us how humans are likely to behave in the future, because essentially we don’t change all that much. Historic myths can also give us a few hints, since the storytellers will be observers of the lives and the cultures around them. And in the Gilgamesh Epic, the earliest piece of longform poetry we have, we spot a familiar human trait.

Our hubris and our disregard for nature go hand in hand.

Fast-forward twelve hundred years to Babylon. Here, a Jewish writing team is putting together another significant myth, the Hebrew origin story we call Genesis. Once again, it features an idyllic garden setting (snake included). Once again, nature is being put in its place.

The very first command to the first human from the Big God, Yahweh?  ‘Be fruitful and increase in number; fill the earth and subdue it. Rule over the fish in the sea and the birds in the sky and over every living creature that moves on the ground.’ 2 The small god – Adam – inherits the Earth.

We design the divine 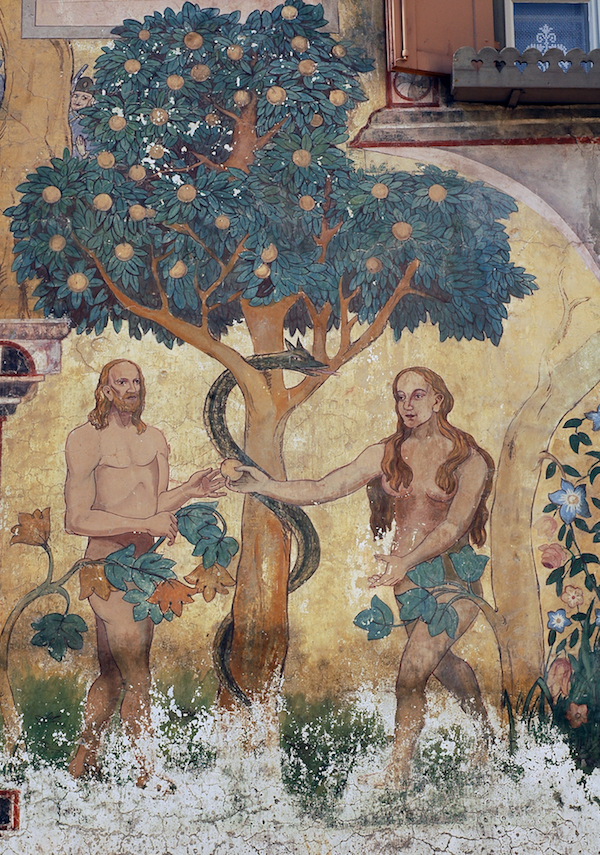 The Genesis myth created a mandate
Claudio Giovanni Colombo / ShutterstockTo create Big Gods, storytellers watch the small gods all around them for inspiration. The heroic acts, religious texts and devotional practices the writers devise can impact their readers for centuries – from their daily individual routines to their international conflicts. This makes the storytellers themselves the real Big Gods, Wizards of Oz manipulating the controls – except that here it’s a scribe with a tablet and stylus behind the curtain.

All writers seek a strong opening, and Genesis begins by positioning humans as heroes in a perfect world. But, somewhere along the way, that fictional dialogue became actual divine utterance – a terrifying mandate, justifying our place at the top of the table with the natural world spread out before us like a cornucopia.

Fast-forward to the Victorian era and this belief had embedded itself deep in the popular psyche. Charles Kingsley, cleric and author of The Water-Babies, spoke of ‘The glorious work which God seems to have laid on the English race, to replenish the earth and subdue it’. Kingsley also extended that Great Commission towards any people-group which were deemed to require subjugation.3

Subduing the earth – let’s say ‘managing’ – does have a sensible ring to it. It suggests curation, care, engineering, progress. Throughout the ages, forests were not considered particularly useful, whereas lumber is. But, in order to manage positively, you must first accept the need to coexist, and be committed to it. As I’ve said elsewhere, we are not above, not even symbiotic with nature, but the self-same organism – literally, One with the natural realm.

But everyone understands that nowadays, don’t they?

Don’t you Adam and Eve it.

What’s the age of your ideas?

The cuneiform inscribed on tablets almost four thousand years ago reveals a Gilgamesh mindset which is still deeply etched within us: that the natural world exists to serve our own, glorious, ends.  ‘I will cut down the Cedar. It is I who will establish fame.’

How might Gilgamesh’s statement read today? Maybe:
‘I will appropriate the resources I need, without concern for any impact or consequence my actions may have. I will do this solely to progress my ambition, establish and maintain my quality of living and increase my standing in the eyes of others.’

It’s easy to point to such behaviour in the apathy of governments or the destruction of corporations. But it takes a braver honesty to see and admit to such traits in ourselves.

Plastic pollution on Kuta beach, Bali
Maxim Blinkov / Shutterstock.comA recent Ipsos poll suggests that 75% of people in the UK are concerned about the climate crisis. But action that accompanies that concern? It has limitations, which are fused to personal comfort. Only a third (33%) of respondents had changed the way they shopped in favour of more environment-friendly options.

I’m not suggesting installing a triple ‘A’-rated fridge isn’t a positive step. But it’s not enough. It’s not nearly enough. And it won’t alter anything unless we first change that ancient and toxic Gilgamesh mentality.

‘I will cut down the Cedar. It is I who will establish fame.’

Recently, I heard an old line rebooted for a political campaign: ‘It’s not your age that counts, but the age of your ideas.’ Many of us are subscribing to a 4,000-year-old idea which wasn’t very smart even when it was written.

Let’s stop kidding ourselves we’re not complicit. Let’s become small gods behaving better. It is time to tear down our Gilgamesh thinking – and leave the cedar forest right where it should be.

Now that would be a heroic exploit worth remembering.

1 The forest description is from the recently discovered Sulaymaniah tablet. You won’t find the python-penis detail in the Penguin edition but it is in Burckhardt, Georg (1991) Das Gilgamesch-Epos - Eine Dichtung aus dem alten Orient. (Rütten & Loening / Aufbau). Never let it be said that the Germans have no sense of humour.

2 Genesis 1:28. The Hebrew word here for subdue is Kabash – to subject, to force, keep under, to bring into bondage.