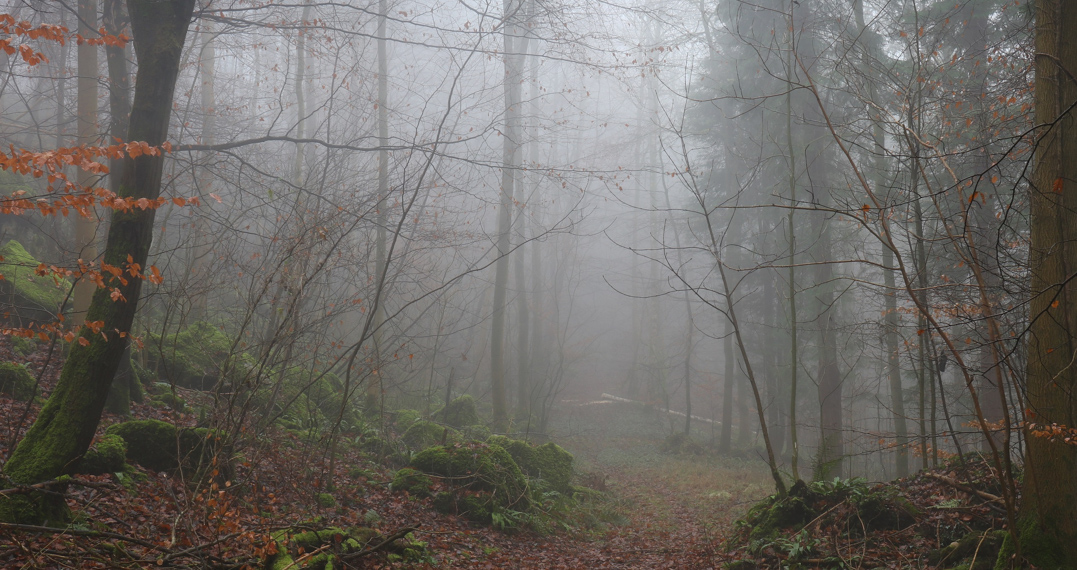 As a kid, wild American evangelists scared the bejesus out of me. Could some woodland witches help break their spell?

It’s a chilly mid-November afternoon in Highgate Wood, North London. I’m standing with a group of a dozen Wiccans holding hands within a sacred circle; meditative music is wafting from a portable CD player and a chanted incantation blends with the thrum of the traffic on the A1 just beyond our copse.

This is certainly the right setting for witchery. We’re in ancient English woodland, hoary and leafless, a site tramped by countless prehistoric, Roman and medieval feet which claims a long history of such gatherings. Close by, the Queen’s Wood section contains a ring of thirteen oaks, aptly named The Coven, where sundry nocturnal antics are said to take place.

As a child I was reliably informed that the Prince of Darkness himself was apt to materialise during these kind of events, but, so far, no show. At the behest of the High Priestess, an enthusiastic Wiccan in her mid-forties who leads the shivering coterie, I slip my phone onto silent. Aha – maybe the 4G has been warding him off.

I’m not surprised to be told that few details may be revealed and no photos taken. There is an assumed secrecy – the Meet is considered sub-rosa, a Elizabethan term referring to a meeting-room with a floral carving in the ceiling, where all those ‘under the rose’ were sworn to silence – a kind of spiritual Chatham House Rules. There’s no indication that breaking this confidence would result in me being turned into a frog, or a defendant, but one can’t be too careful with witches.

They needn’t worry – I’m not here to report at all, but for a different reason altogether. Because this beautiful wintry woodscape feels like the perfect location to bury a few of my own demons.

A cauldron of dark practices 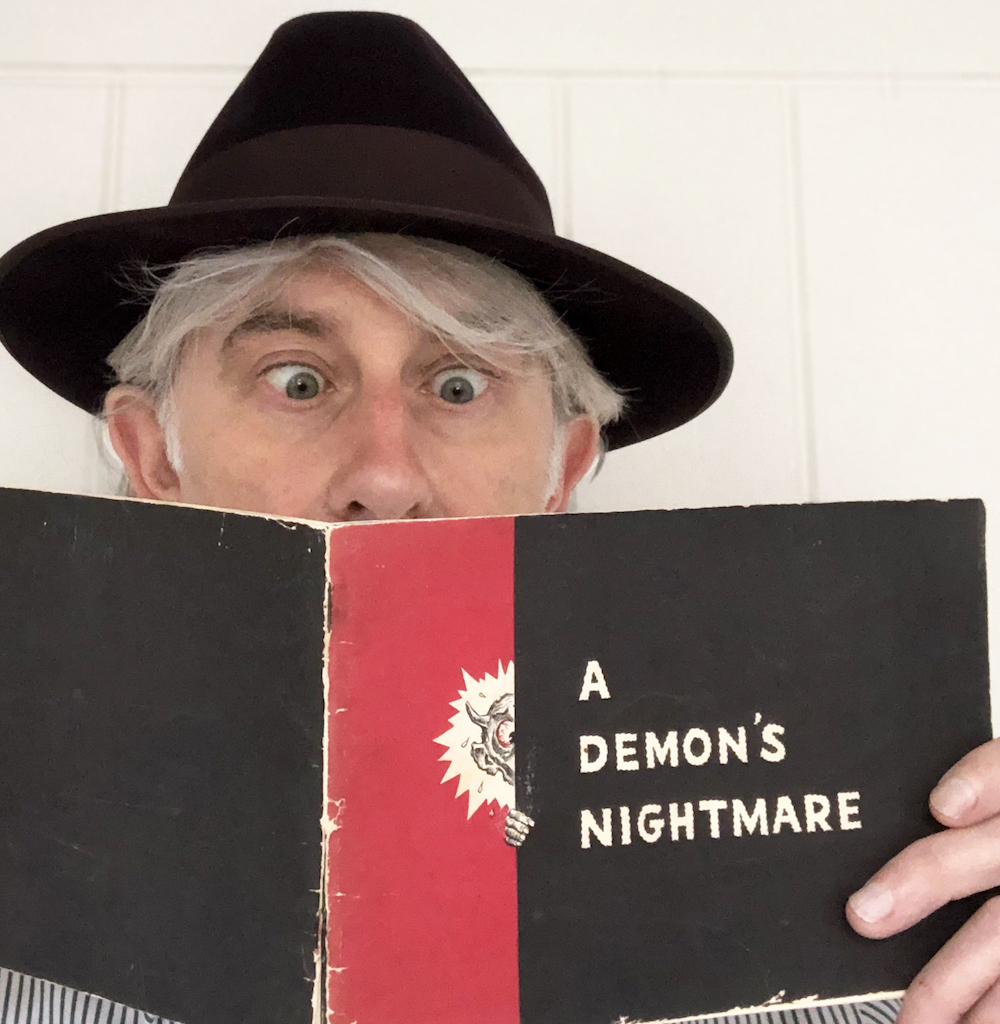 Publish or be damned:
Jack T Chick’s A Demon’s Nightmare, 1962I think I know a lot about witches – I read about them avidly as an eight-year old. Actually, I was brought up as a child of the Other Side, with a family who attended a network of fundamentalist churches, a group which could justifiably be hashtagged under #cult.

In that movement, any spiritual belief or practice that was deemed unacceptable (basically everything from Astrology to Zoroastrianism) was conflated under the general heading ‘occult’. Witches? Satanists? Crystals? Ozzy Osbourne? No difference.

But oddly enough, books on Lucifer and his minions – particularly witches – were legion. The church ran a kind of ‘know your enemy’ reference library which was actually better than owning a whole stack of Dennis Wheatley novels – I devoured every resource I could get my hands on. New titles were always available by hellfire Southern evangelists, or ‘rescued’ witches; there were cartoon strips by Jack T Chick1, who served up a cocktail of occult factoids and even Beano and Dandy illustrator Dudley Watkins (who worked on Desperate Dan) drew up moral guides for young converts.2 I swallowed the lot, and was soon the most clued-up guy in school on the workings of the Dark Side.

But all great learning comes at a price. Every Hallowe’en night I couldn’t sleep, knowing full well that babies all over the country were being sacrificed, that succubi were ready to pounce upon my bed (sadly, this never actually happened) and that even people’s pet hamsters would be winding up in a blood-soaked ritual out there somewhere.2

‘Chick tracts’ were popular tools for youth missionsBy the mystic age of thirteen, I was an avid WitchSpotter General who wore my anorak hood like a cowl. And I had also managed to scare myself completely shitless.

As we grow up, we all fill our chalices with childhood fears – monsters in the cupboard, despots on the news, clowns in McDonalds. Most of these are processed out as we develop and our worldview expands. But some do continue to lurk. Over the years I’ve met many people who have a secret deep, irrational unease about the prospect of death, and cling to the traditional concept of impending hell and damnation. After all, when we look at our hidden selves, how could we expect to end up anywhere else?

Long after I left the cult and the evangelists behind, the question I found myself asking was: how do you shake those deep-rooted ideas, and exorcise them from your brain? The fear was clearly unfounded – no spell, prayer, curse, incantation or supplication can actually damage an individual, save the ones which we allow to land and become embedded, or those we nurture ourselves, say through self-fulfilling prophecy.

I began to dismantle my conditioning, studying different paths and practices and identifying what drew individuals to these kind of beliefs, why intelligent individuals held onto them, and who gained what by perpetuating them. No-one who had warned me about the occultists on their very extensive blacklists had ever actually met any. A good reason to do just that.

But the character I really wanted some face time with? Lucifer himself, of course.

What the hell is a Satan?

The ‘adversary’ concept has existed in myth and religion since time immemorial. But it’s particularly useful for groups or cults intent on control and who require a common enemy to keep adherents focused and dependent upon the cult. The church is no exception. Lucifer is a handy scapegoat (see what I did there) for every cancer, job loss, depression, divorce, disaster and Bad Thing that might transpire, and a considerable industry exists to put him in his place. As Anton LaVey wrote, ‘Satan has been the best friend the church has ever had... ...he has kept it in business all these years.’4

A meeting was definitely past due. But it’s difficult to get an audience with the Prince of Darkness, unless you’re a fiddle-player. So how about his earthly representatives? Witches perhaps?

The Devil went down to Highgate 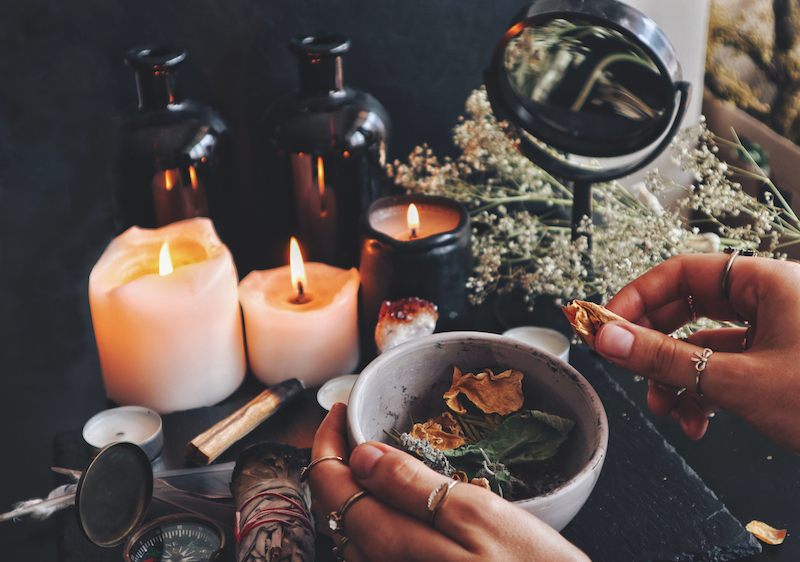 Hedgerow mojo – one clump or two?
Shutterstock.comSomething didn’t quite compute, though. As I read about Wicca, the modern reboot of Paganism, Satan didn’t actually seem to feature much at all. However, there were plenty of natural, earth-aware beliefs – not surprising as the Latin paganus simply means ‘country dweller’. Had Jack T Chick and the rest missed something?

Which brings us to the Woodland Wiccans of Highgate: a 250-mile round-trip I made several times to finally put this stuff to rest.

The downside: I didn’t meet the Big S. Not even a sniff of brimstone.

The upside: I did meet a lot of members who were intelligent, often professional, most of them friendly and talkative. The only really covert thing was my mission – to dismantle some really lousy childhood preconceptions – which was accomplished in full.

And it felt damnably goooood. Because when you do look objectively and  openly, any power that such practices might have over you seeps away. I already knew in my head that there’s nothing whatever to be scared of, not in this life, or any to come, but that fact became a heart-realisation in the wood.

The Highgate ritual ends, as all good rituals should, in the pub. Here, I try to navigate the group mores and fail dismally when I buy a round – this practise is apparently not encouraged. Nonetheless I’m happy to toast the Horned God or the Triple Goddess or whatever the Wiccans fancy, because, unknowingly, these guys have helped me take a step towards some personal freedom. And they can genuinely Blesséd Be for that.

1 There still are – a Chick aficionado recently posted dozens of ‘Chick Tracts’ through Bristol letterboxes.

2 Watkins, considered a master cartoonist, was more mainstream evangelical than Chick and not so religiously partisan. I figure no-one who invented Oor Wullie could be that bad.

3 I really am not joking about this. Hamster immolation is cited as an actual practice in evangelist Morris Cerullo’s colourful 1973 guide, ‘The Back Side of Satan’. Gripping stuff.

4 Anton LaVey, The Satanic Bible; one of the Nine Satanic Statements
In fact, a significant number of Satanists don’t actually believe in a personal Satan at all, certainly not the horny-varmint-with-bifurcated-tail variety. To LaVeyans, Satan is simply the darker side of the human psyche.
Other than a few references in the Old Testament, a personified devil is a Johnny-come-lately – arriving on the Christian scene in the first couple of centuries CE and not in religious art until the ninth. Old Nick is not actually as old as he looks. 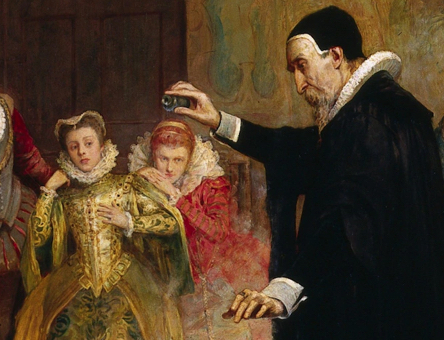