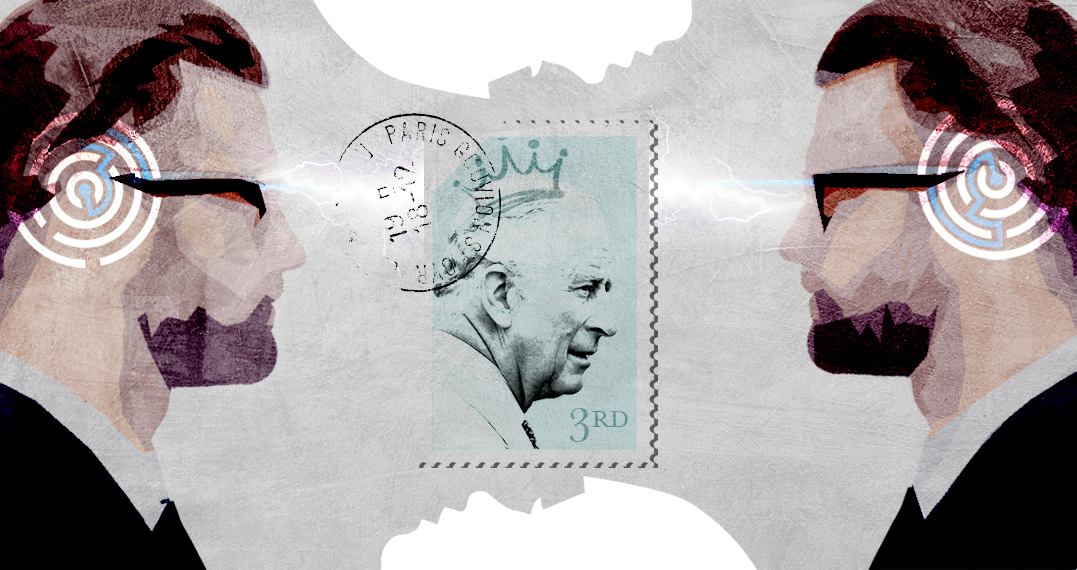 How do creators add a twist to their tales?

The twist in the tail makes advertising, design, film, art and literature hugely enjoyable. But how did that great idea come about? Did it fall into place? Or was it pushed?

Long, long ago, when real people wrote real letters, my young daughter brought in an envelope with a blue second-class stamp in the corner. She was looking intently at the image of the Queen’s head with ‘2nd’ beside it. Cogs were clearly turning.

After a few moments she asked, ‘Will the next stamp they make have a picture of Charles, with ‘3rd’?’

I paused. And then I beamed. It was the classic side-on approach – just one simple perspective change and an entirely new meaning was suggested.

Except my daughter hadn’t even noticed.

There exists a special ability to see beyond the obvious, and then re-present that obvious in a way that leaves people grinning. You might encounter it as a pun in a strapline, or a concealed element in a logo, a twist the tail of a short story or even a poignant message in a piece of stencilled graffiti (‘lateral’ ideas pepper Banksy’s work).

However it manifests, acquiring that skill is something of a creative holy grail, searched for by countless artists, writers, designers and directors. They know that it only takes one subtle alteration of perspective and a formerly mild-mannered idea will burst out of the phone box wearing a cape. And then? The book, the film, the copy, the art, the campaign (and, with any luck, the client fees) will fly.

Children are often believed to possess this ability, as if it’s an innocent superpower. Just search for whimsical quotes which begin with ‘if you could just see with a child’s eyes’…

In reality, when kids do it, it’s not so much creative thinking as concrete thinking. Concrete thinking is the type we master first – the precursor to abstract thinking and based upon a very precise and literal view of the world we are seeing. So when a creative director obsesses over developing lateral thinking, sometimes what they’re really after is literal thinking. 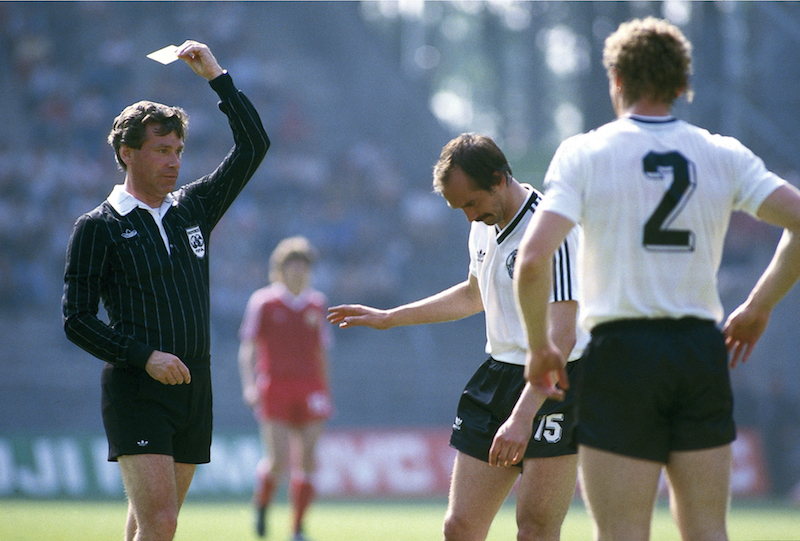 Get behind the black team
INTERFOTO / Alamy Stock

A child’s inner canvas takes years to fill up as they absorb, process, and navigate a world of completely new information and scenarios. And sometimes when they articulate what they observe, a parent or teacher may be lucky enough to get a glimpse of it.

I’m reminded of an apocryphal story of a six-year-old who was taken to her first soccer match where the players were wearing red or white team strips. Asked which team she wanted to win, she replied, ‘The black team – because there aren’t so many of them.’

The Power of Two

So, how can an ‘ideas professional’ refine their trade and become apparently natural and fluent in this? 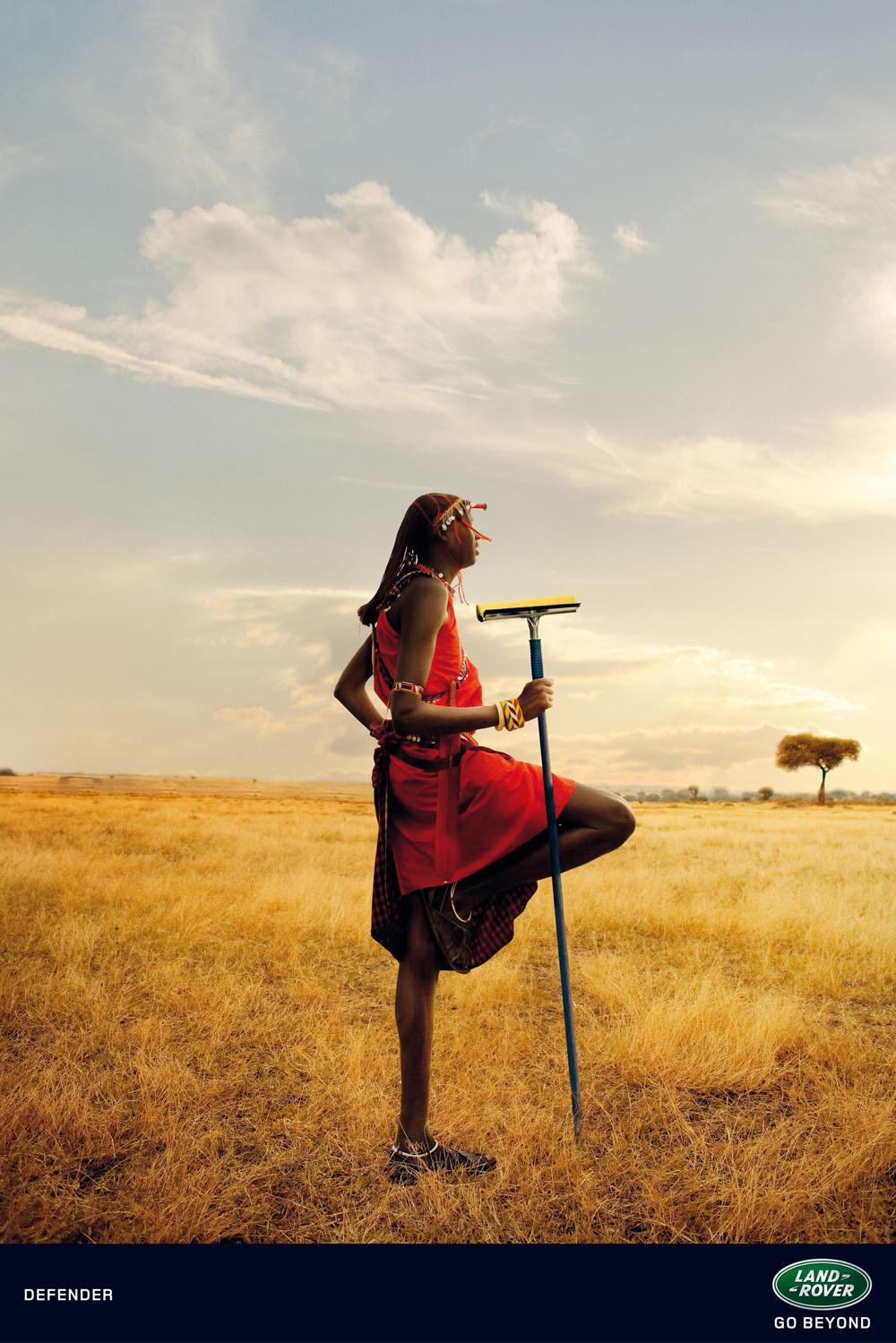 Land Rover Defender campaign
Y&R Brands, MilanCreative thinking is almost always simple thinking. And a large part of creative ideation involves little more than identifying, connecting and then fusing a pair of previously separate ideas in different ways, forming them into something new. Gutenberg looked at a coin-stamping die and a traditional winepress – but he combined those ideas into the concepts of movable type and the printing press.

Ray Gregory, former Head of Design at UEA believed this process could be taught. In ‘A Smile in the Mind’, the 1993 go-to on the use of wit in design and advertising, Gregory said, ‘You break a problem down to its most fundamental parts. Often there are two factors. Then you marry them up. An identity for a Museum of the Occult needs to say both ‘museum’ and ‘occult.’ Often you find something that will say museum and make it into occult. Failing that you use something that says occult and bring museum into it. In this case you could start with the museum attendant sitting in his chair. What makes it occult? He levitates.’1

A ‘puzzle’ element which requires some effort to decipher offers the viewer or reader the unexpected pleasure of decoding – as well as that fulfilling ‘eureka’ moment. Better still, having taken part, the reader now has some skin in the game. He might well identify with an imaginary elite who have cracked it. He is ready for a different level of conversation!

There was a time when poster and magazine ads used this technique extensively. Today a higher proportion are more direct and far less subtle as marketeers push for immediacy.

I miss it – the moment when you stand on the tube platform, stare at the hoarding or turn the broadsheet page, that pause where the cogs must revolve and the penny must drop. It’s more than smart thinking. It’s joyful thinking. ‘Aha’ is the most beautiful word in the creative’s lexicon. Anything else is second-class.