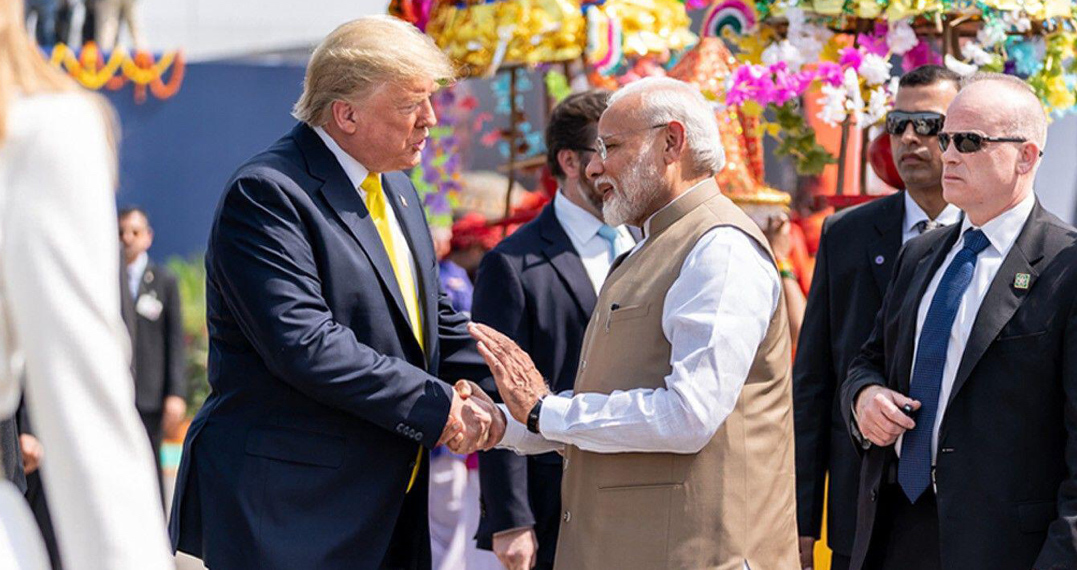 Leaders’ accessories speak volumes. This one won’t shut up

Clothes send signals, and nowhere more than in the top job. So you’d expect them to be fitting – wouldn’t you?

National leaders can expect to be style-managed to the nth degree. Wardrobes are planned, meticulous combinations de rigueur and frivolous accessorising avoided.

Ever since ancient stelae depicted national leaders clothed and the poor and conquered naked, meaning has been woven into a leader’s dress1. Clothing carries a significance and impact far beyond the throne. A premier’s choice can sell out a product line, like Theresa May’s leopard prints, or diminish an entire industry – as American hat-makers found when JFK decided his hair wouldn’t be hidden from the public eye under a fedora.2 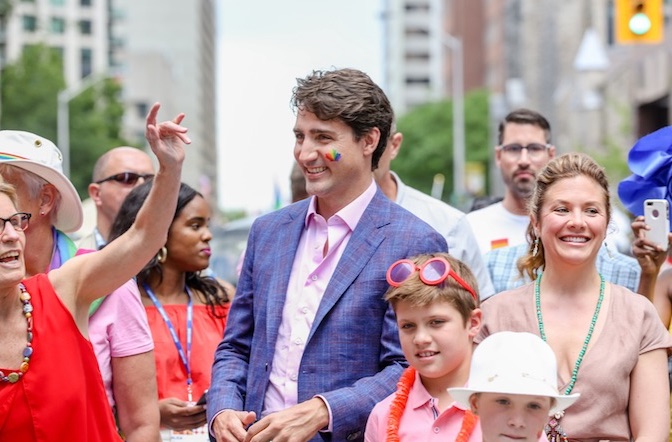 Colourful chic – Justin Trudeau at a Pride Parade, Toronto 2017
Shawn Goldberg / Shutterstock.comMost of all, leaders’ clothes speak for them, and articulately. Those statements will be devoured by the media, dissected by strategists and deciphered by a million would-be analysts on social media. They may be statements of resolution (a Speaker’s gold brooch set off by a black dress) or indifference (a $39 Zara coat for a visit to immigrant children). Either way, there is no margin for error.

From Garrison suits (Justin Trudeau) to multi-coloured chompas (Evo Morales) to nipples akimbo (Vladimir Putin), leadership couture spans a wide gamut. Over the years there have been countless highlights but while we may enjoy such moments, the expectation is that dress is fitting to the position of the wearer – and not, say, an orange hoodie. 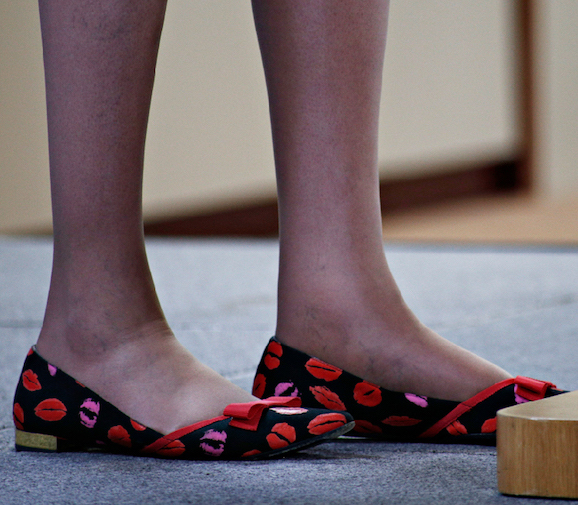 Nowhere, however, is an individual’s dress subject to such scrutiny as the office of the President of the United States. The official story goes that Obama’s collection of near-identical suits signalled time-saving, pragmatism and focus on the job. If true, his wardrobe is an interesting counterpoint to Trump’s, whose baggy Brionis were offset by the ubiquitous red necktie dangling below the belt, a hue reminiscent of a macaque on the pull. 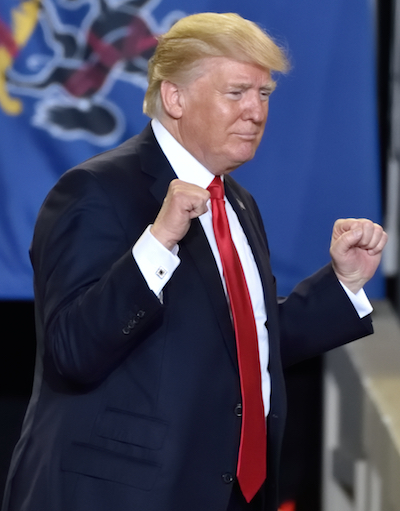 Brioni neckwear: now in anaconda length
Evan El-Amin / Shutterstock.comAs sartorial embellishments go, this is signalling at its most raw and least sophisticated. Though Trump likes gold – a lot – red is probably next in succession. Colour psychology suggests that red signifies achievement, sex-appeal and, more notably, dominance. But Trump’s was not just Republican Red. It was Domination Red, a bloody, visceral, emotive tone with a symbolism more usually associated with Mars, or Melisandre, the religious fanatic in Game of Thrones.

It was surprising then, when, on a trip to India in February 2020, the colour wheel spun and The Donald donned a not-so-usual necktie in bright yellow. This was apparently a nod to Indian cultural symbolism where yellow equates to abundance and gold, as in bling. (In chakra terms, yellow encompasses the realm of intellect – an appropriate energy for a stable genius). To the rest of us, yellow simply means happiness and positivity. Or, when it doesn’t, cowardice and deceit.

Perhaps this accessory, more than any other, summarises the reign of Emperor Trump. Only one week later, the India trip was ancient media history as the first cases of Covid hit the American mainland. The global mood became more muted and serious. At times like these it is not unreasonable that a leader might reflect that mood and inject a sense of gravitas, muting their colour choices much as car manufacturers might temper palettes in a recession.

The White House Covid briefing on 3 March 2020
YouTubeBut the yellow tie was not about to gently into that good night. It beamed out most notably on March 3rd when the Coronavirus Task Force gave a Whitehouse briefing. A serried row of staff who had opted for navys and greys was centre-parted by the president’s new happiness and positivity accessory,  a canary shade which semiotically broadcast ‘no worries’ despite statistics screaming the opposite – and gave POTUS the gravitas of Ronald McDonald working the floor at a Masonic supper.

The Trump era may now be history, but lessons remain. Clothing sends signals, and signals which obfuscate reality have consequences. At that briefing, Trump’s tie spoke for him, alone and out of place. Yet so many of the crowd seemed to believe the Emperor’s new wardrobe rather than the naked truth. More than half a million US deaths later, the cost of that lie has been painfully laid bare.

1 The Palette of Narmer c3100 BCE features the pharaoh clothed and crowned, about to strike down a vanquished captive who kneels beneath him. A servant (who carries Narmer’s shoes) is partially clothed.

3 Maurice Halbwachs ‘La Mémoire collective’, (1950). One aspect of this can refer to a shared body of knowledge such as the memory of a nation’s past leaders.